Maybe it’s just a coincidence that the Olympic Games are going on right now, or maybe that’s what sparked the idea for this blog post. Two years ago, when we set out to write our book on the phenomenon known as “organization entanglement” with fellow co-authors, Dr. Ray Benedetto and Dr. Ken Thompson, we compared an organization’s workforce to an athletic team. Specifically, we wrote about the parallels between a collegiate athlete and an engaged employee and the parallels between an Olympic athlete and an entangled employee.

With the book—titled, It’s My Company Too!—slated to release in October, and the Olympics in full swing right now, it’s high time we got cracking on this collegiate athlete-Olympic athlete analogy.

Comparing Olympians and College Athletes to Your Workforce 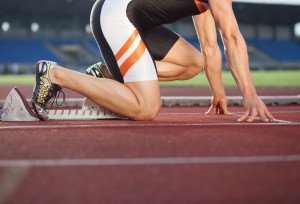 The collegiate athlete is comparable to the engaged employee. They show up to work, sometimes arriving early or perhaps staying late, and are fully engaged in the here and now. They apply themselves while at work, and they are productive during working hours. These employees are great. Heck, they’ve earned a scholarship for their talent; they are at practices, competing in games, doing extra training… they deserve recognition. College athletes are by no means commonly found. However, as previously stated, competing at the collegiate level is not the pinnacle of the athletic world. This means there is a level beyond, and, likewise, a level that is even rarer that an athlete can reach.

Olympians, on the other hand, have reached that pinnacle point. The Olympics is about the highest form of competition and performance any athlete can hope to reach. The “Olympic” employees are skilled at what they do, that’s no doubt. But there is something else, something more which elevates them to that next level. Combining their skill level with equally impressive commitment makes these athletes entangled in the team’s—or organization’s—success. It’s that “something more” that turns average sales into record sales, mediocre production into unrivaled production, and so on.

Olympians eat, sleep and breathe their sport. Entangled employees do the same with their organization. We often speak about discretionary thinking when giving public speeches. The concept of devoting thoughts at your discretion to work-related items is what makes the difference between mere engagement and total entanglement.

Think about the lengths to which an Olympic athlete goes to achieve success: constant training, special diets, irregular sleep schedules, weight lifting, running, traveling to compete… the list goes on and on. Simple things that non-Olympic athletes might take for granted, like having a beer at the end of a work day or sleeping in on Saturday don’t exist in the world of an Olympian. They are on the clock 24/7—thinking at their discretion about how they can win—and through all of the hard work and sweat and sacrifice that may take, they’re doing all of these things because they want to! These aren’t “sacrifices” in their minds. They are a way of life because that gold medal is worth missing a thousand drinks after work and losing a full year of sleeping in on Saturdays.

What’s It Like to Employ an Olympian?
Having an Olympian in your workforce is like having a full-time employee that is never off the clock. Entangled employees are constantly thinking about work, about the organization’s goals and about what they can do to help their organization achieve success. And, just like an Olympian, they are thinking and acting upon these thoughts because they want to! Can you imagine an entire workforce of people that arrive to work early, stay late, consciously think about work while they’re not at the office, continuously strive for perfection, engage their teammates, initiate projects, finalize plans and follow through with goals on a regular basis? That’s organizational entanglement, and it is a beautiful thing.

Of course, this sounds terrific on paper. Who wouldn’t want a team of Olympians on their staff? The real trick is how to get there. How can your organization get to this position? That’s something that we uncover entirely in It’s My Company Too! Since the book doesn’t come out until October 23, 2012, we will use the next several blog posts to uncover small pieces. Let’s see if we can’t help you start your journey to organizational entanglement before the book’s release date.

How Can You Build a Team of Olympians?
Now that you know what an entangled—or Olympic—employee is, what he or she does and the commitment and dedication he or she has to an organization, you’re ready to hear the next part. Stay tuned for more on Olympic employees, as the next blog post will deal with how to attract and keep Olympians on your organization’s workforce.